Rugby Marina is on the Oxford canal, which was originally constructed by James Brindley in the 18th century, he sought to link the industrial Midlands with the Thames by making a canal connection between Birmingham and the city of Oxford. The work was financed by some entrepreneurial businessmen in Oxford who thought that they would gain profits from the carriage of large cargoes through Oxford and then down on to the Thames towards London.

The canal runs for 77 miles from Oxford on the River Thames north to where it connects to the Coventry canal and the rest of the Midlands canal system, so provides many varied routes either taking you down to Oxford and eventually the River Thames, or to just about anywhere you want to go on the Canals in the Midlands!

The Canal passed through rolling countryside and in many places is more like a River than canal, which shows its ancient past.

There are many routes you can do, including of course the famous Warwickshire Ring, which can be done in a week or more if you like to potter.
Sections of the Coventry, Oxford, Grand Union & Birmingham & Fazeley canals are components in the Warwickshire Ring which, despite the almost constant proximity of conurbation and industry, manages to carve a surprisingly rural route through manicured fields and ancient meadows for much of its length.

If you don't want many locks then a trip up the Ashby Canal from Rugby is the answer.
There is only one lock each way, with a drop in water level of about 6 inches, so very easy to do!! The lock is at the junction of the Coventry Canal with the Oxford canal, there was a toll house here as a toll was collected to go on the canal, hence the lock.

The Ashby canal is steeped in history, this beautiful, tranquil canal passes by the historic scene of the Battle of Bosworth. It meanders through a very level, rural environment - therefore no locks were ever needed. The village of Stoke Golding proudly boasts to be the "Birthplace of the Tudor Dynasty". This is the site of the Battle of Bosworth where in 1485 The War of the Roses finally ended with King Richard III being defeated by Henry Tudor, who was crowned King Henry VII, the coronation being held here, in Stoke Golding. 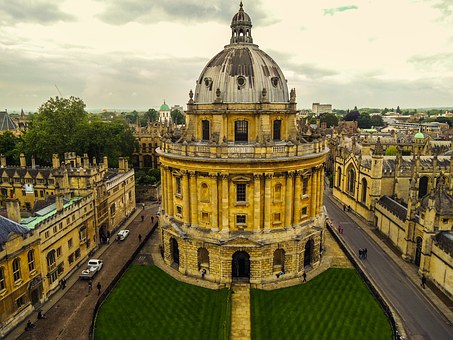 A longer trip is to travel the length of the Oxford Canal down to Oxford .
The city of Oxford was founded in the 10th century and has been a University city since the 13th century.

The University houses the Bodleian library which was opened in 1602, and it contains 9 million books on 176 km of shelving. It is housed in a remarkable group of buildings which form the historic heart of the University, and you can explore the quadrangles of these magnificent structures at no charge. Different ticket options allow you to visit the interior of some of the buildings.

Another ring that can start from Rugby is the East Midland or Leicester Ring which can be done in 2 weeks.
A pleasant two week cruise through parts of Staffordshire, Warwickshire, Leicestershire and Derbyshire which involves cruising on rivers as well as canals.